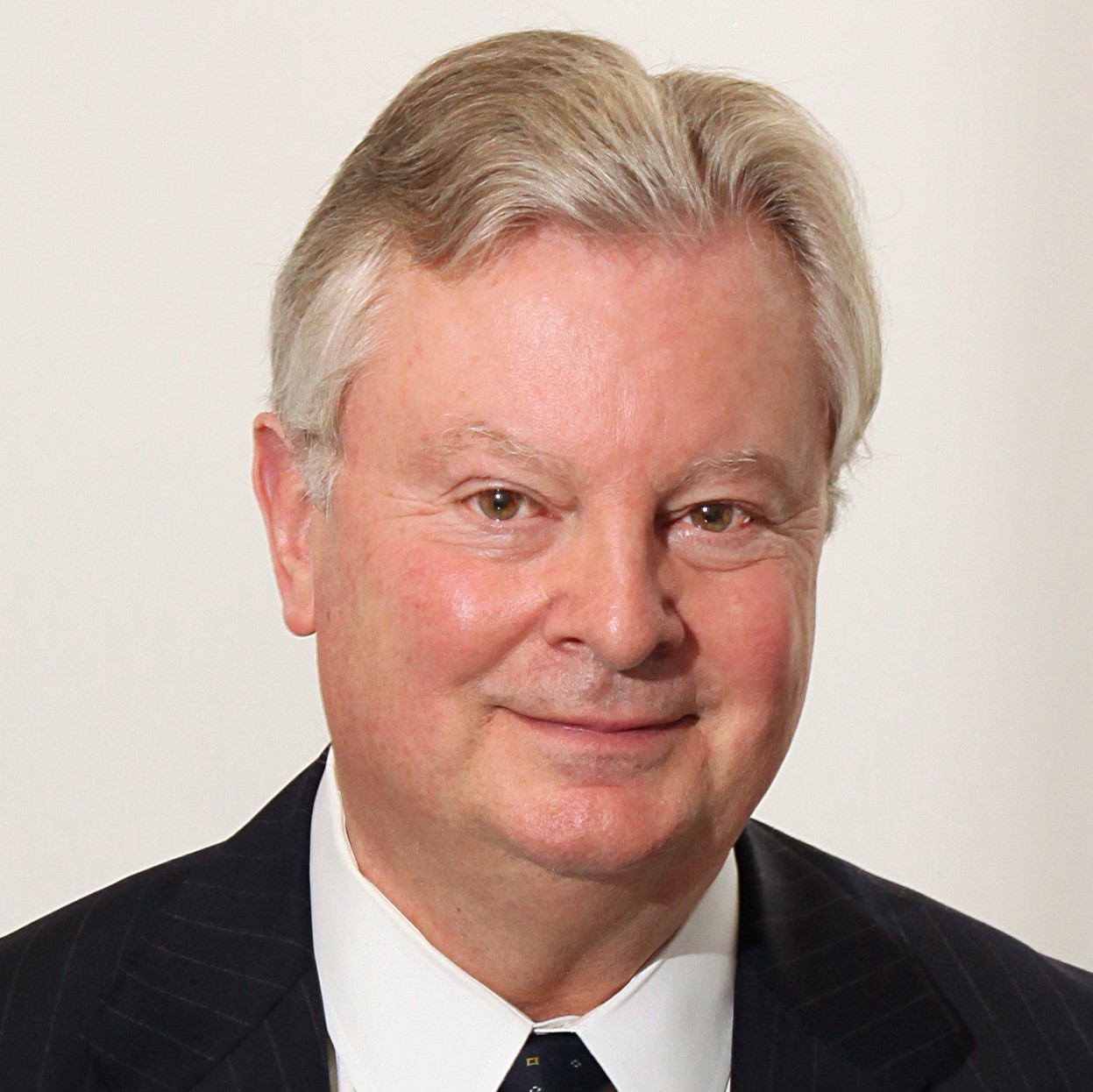 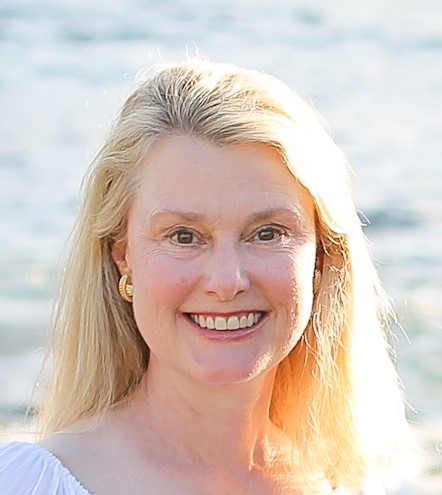 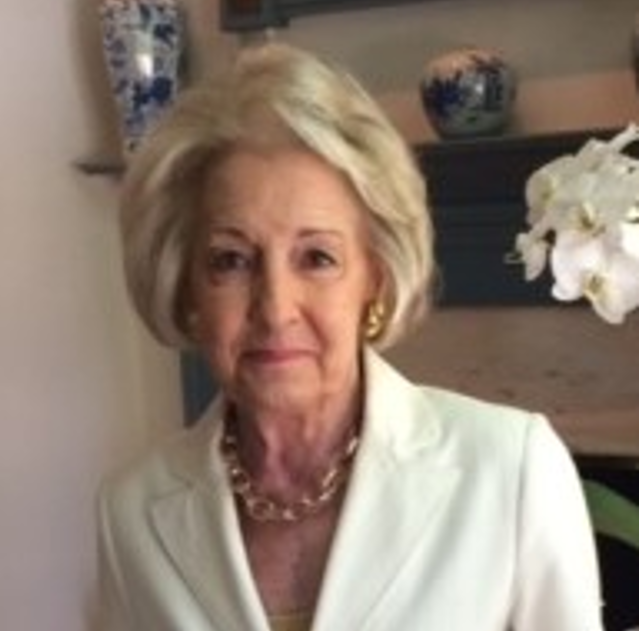 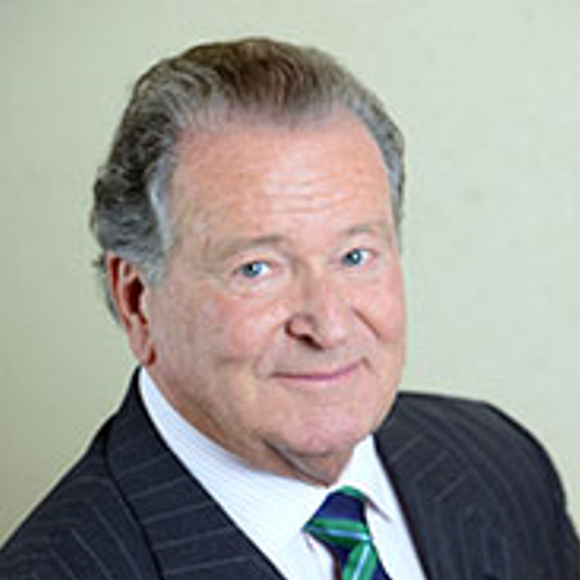 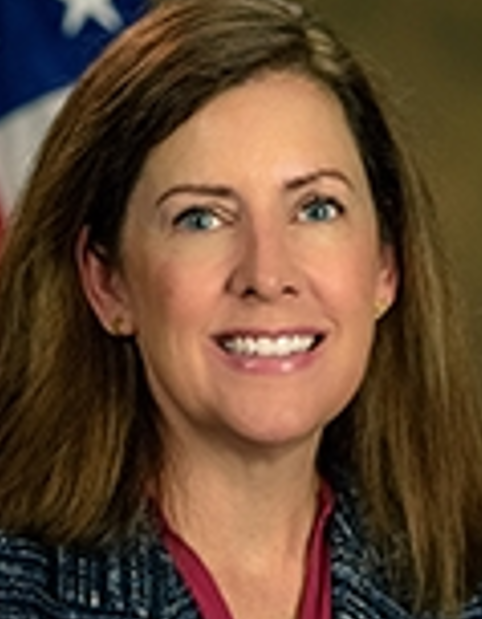 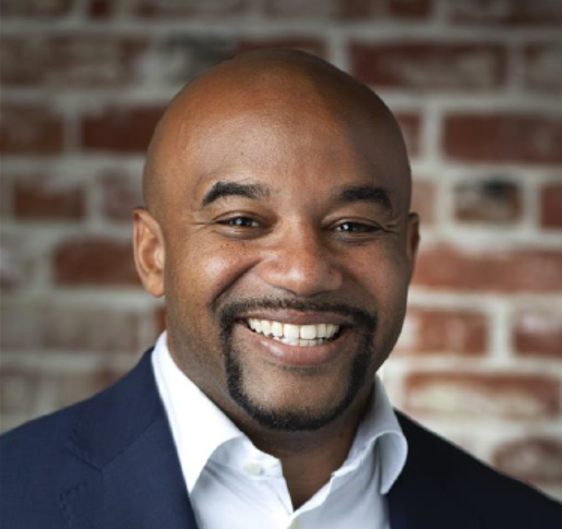 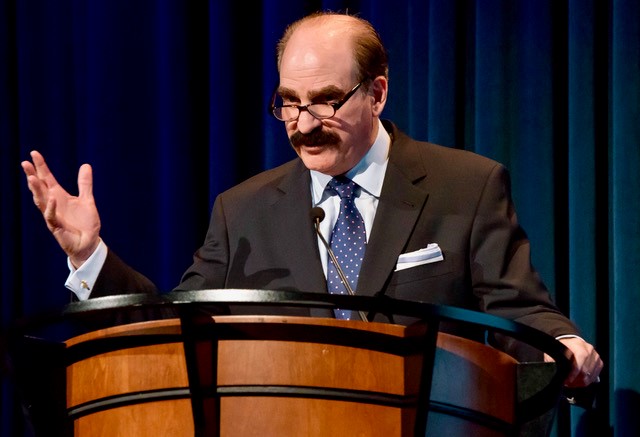 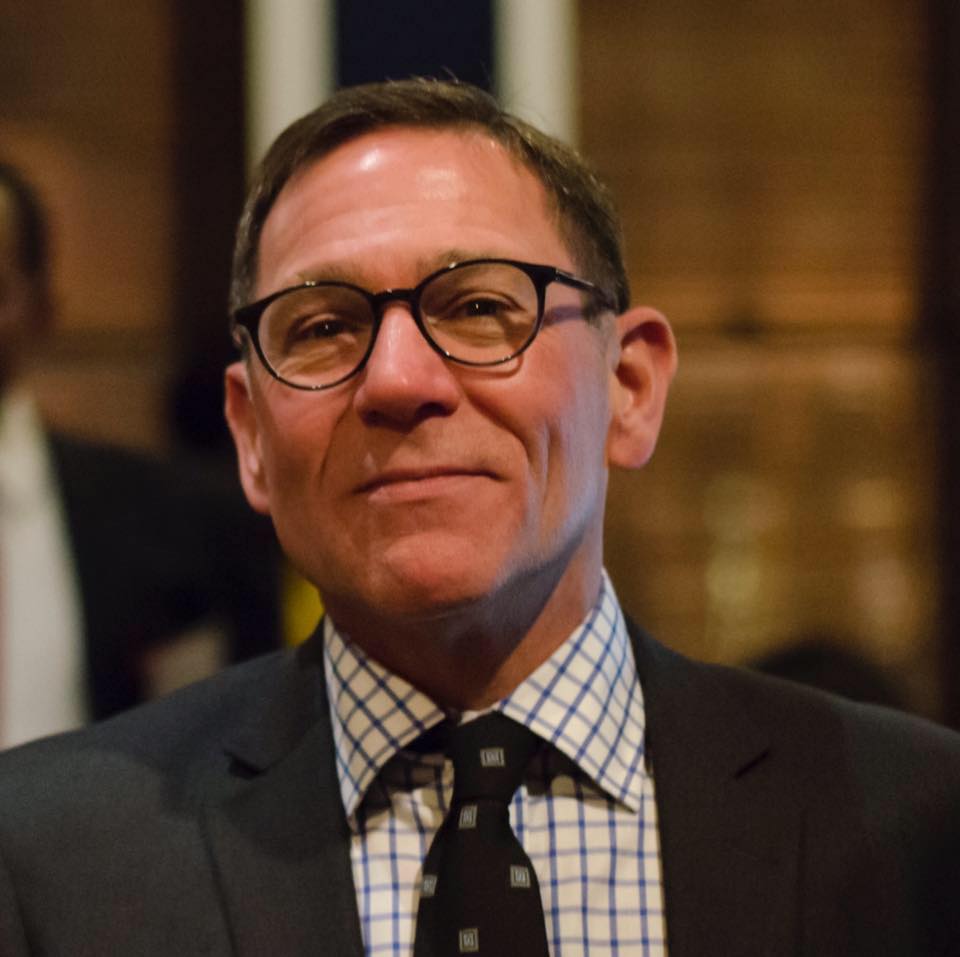 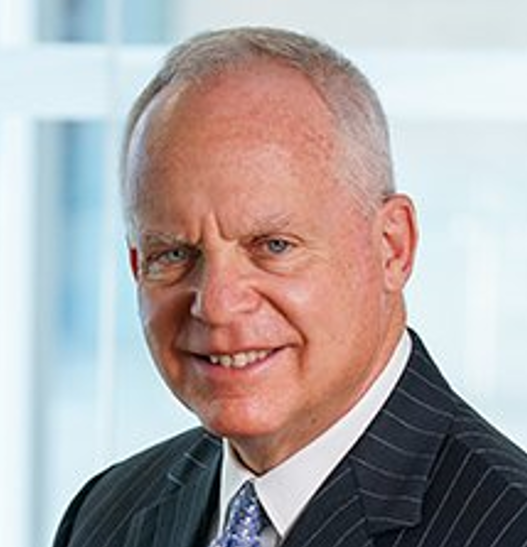 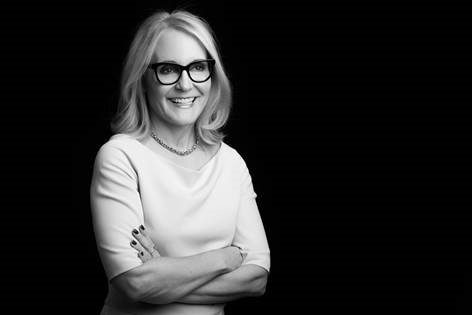 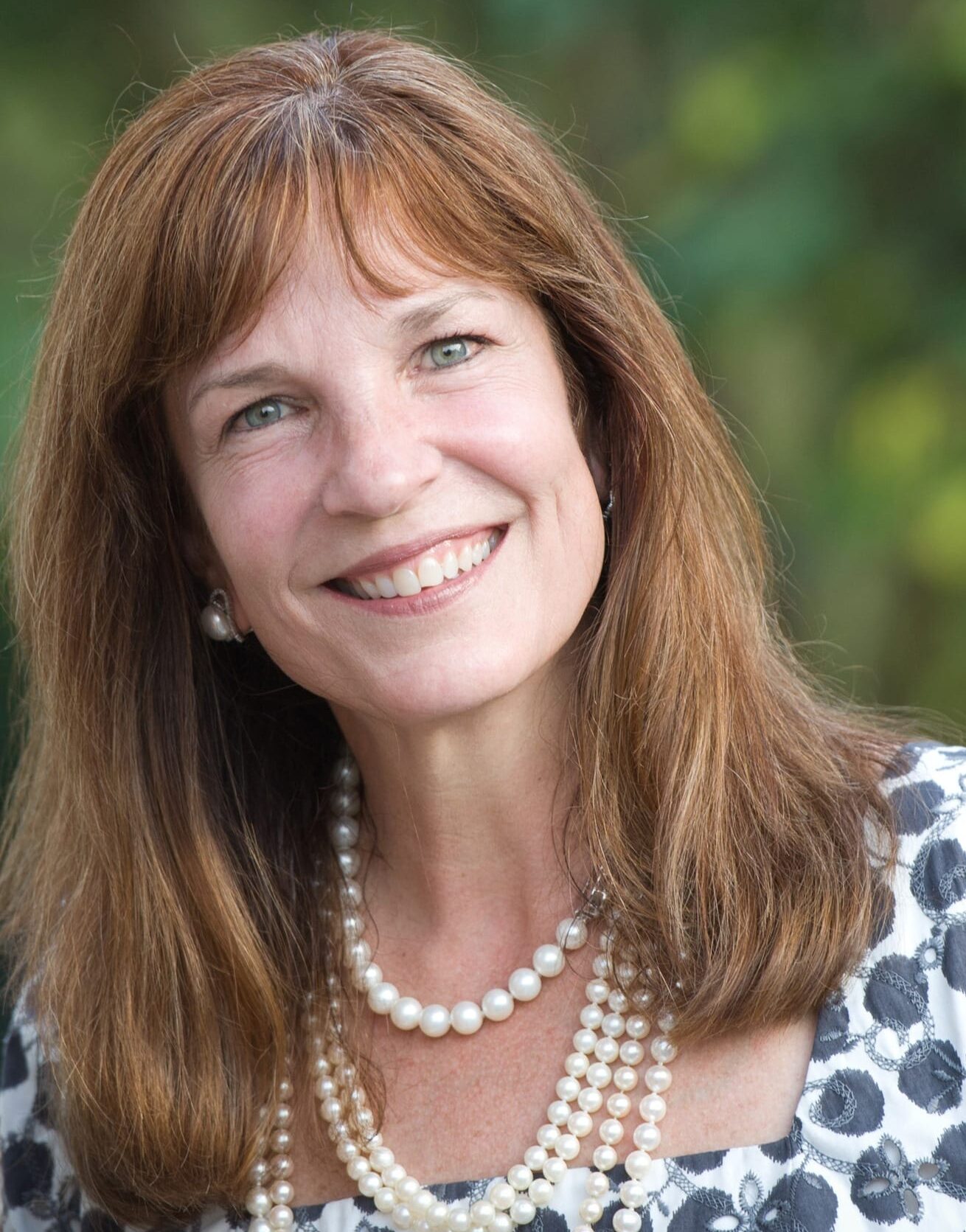 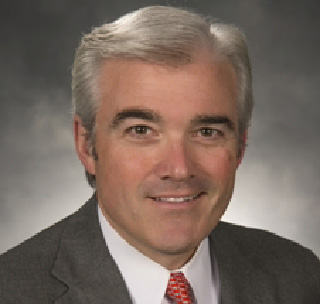 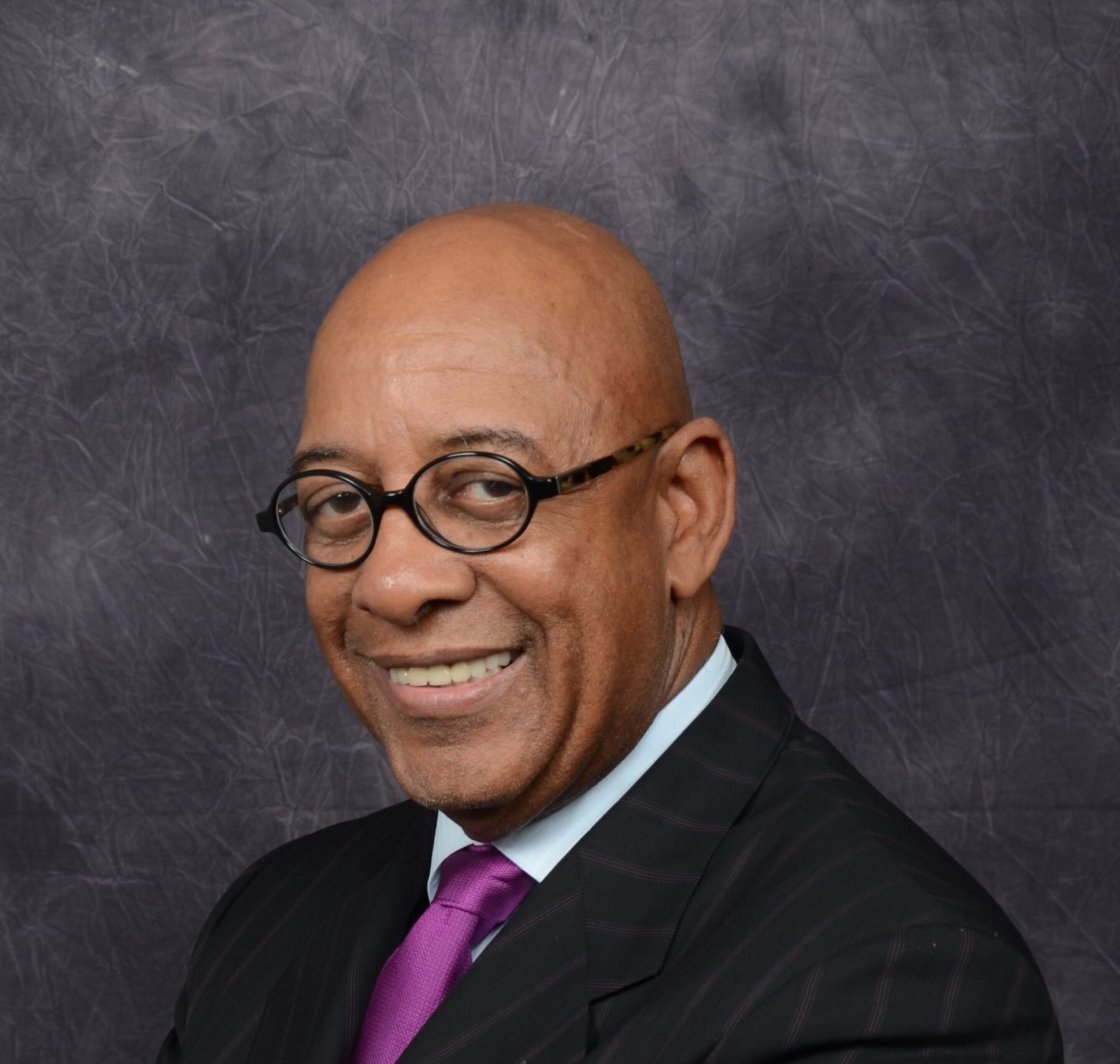 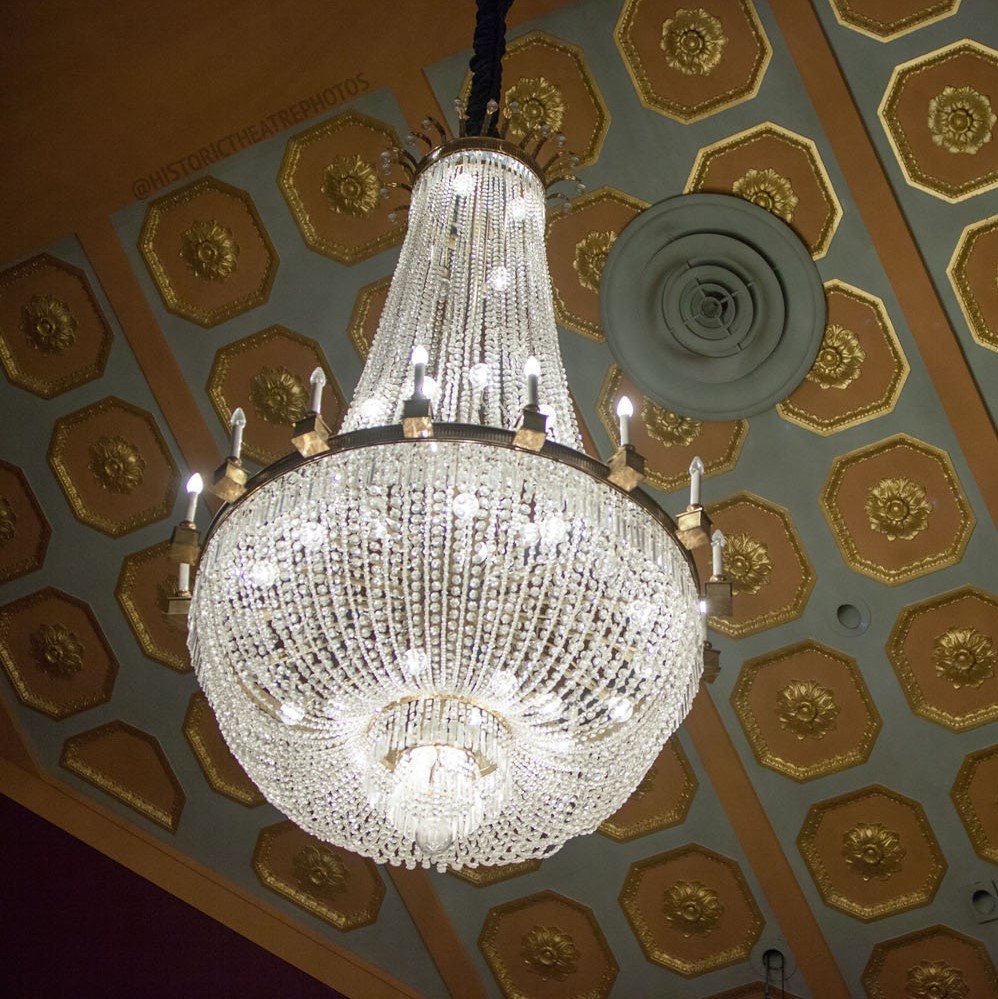 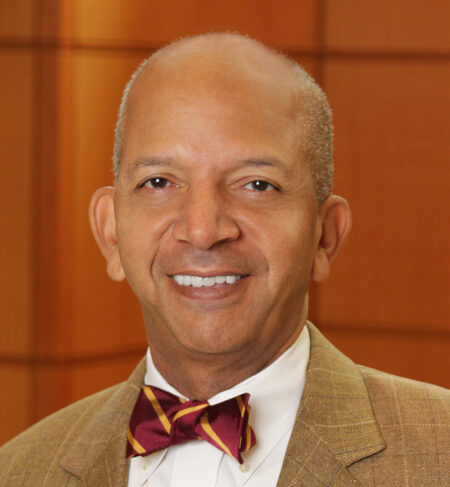 Genny Ryan is an attorney with significant experience in trade and commercial ventures. She previously served as President of Business Capital Group, an international business development firm. Mrs. Ryan served as Deputy Assistant Secretary for the U.S. and Foreign Commercial Service. Before joining the Department of Commerce, Mrs. Ryan was a Counsel to the Attorney General in the Department of Justice.

Don Borut has more than 40 years’ experience in municipal government and organizational leadership in the public interest sector. He served as the Executive Director of the National League of Cities from 1990-2012, managing the nation’s largest national organization representing municipal governments. Prior to his NLC appointment, he was Deputy Executive Director of the International City Management Association.

Carol Laxalt is an active supporter of numerous non-profit organizations in the Greater Washington D.C. region. She currently serves in the following capacities: Board Member for the Blair House; Co-Chair of “Friends of Blair House”; Chairman of Associate U.S. Senate Spouses (former Senate Spouses); Advisory Council Member and past Chairman of Republican Women’s Federal Forum. Mrs. Laxalt served as the Fundraising Chair for the National Fund for U.S. Botanic Gardens, which led to the construction of the First Lady’s Water Garden. She served as Public Relations Consultant for Civic Service, Inc, from 1982-1984.

René Augustine is an attorney who has served in all three branches of government and in the private sector. Most recently, she was Deputy Assistant Attorney General for Antitrust in the U.S. Department of Justice. She has served in the White House Counsel’s Office in two presidential administrations and was appointed to serve on the President’s Advisory Committee on the Arts.

Peter Jablow has managed leading non-profit organizations and diverse media companies during a career that has spanned more than four decades. Most recently (for almost nineteen years), Peter served as the President and CEO of Levine Music and prior to that as Chief Operating Officer of NPR. His unique background blends commercial business acumen, with a significant mission-based skill set. During his career he also launched the TicketMaster franchise in the mid-Atlantic region, was a founding Board member of the Helen Hayes Awards, and has served as the Board Chair of Woolly Mammoth and RoundHouse Theatres.

Jonathan Kirn is a Managing Director at Siebert Williams Shank & Co, LLC, a national Investment Banking firm specializing in Public Finance, and provides investment banking services to governmental clients primarily in the Mid-Atlantic region. A long-time DC area resident, part-time actor and an avid theatre goer, Jon saw some of his first theatrical performances at The National. His love of theater has extended to investments in several Broadway Productions. Jon is a member of SAG-AFTRA.

Fred Klein is a partner in DLA Piper LLP (US), an international law firm, where he is co-head of the Washington, D.C., real estate practice, and handles real estate transactions throughout the U.S. for both domestic and foreign clients. Fred also serves on the Board of Regents for The Mercersburg Academy; the board of directors of Urban Ecosystem Restorations, Inc., and the board of directors of the Children’s Law Center. Fred has devoted thousands of hours to pro bono clients, including the Capital Area Food Bank, Martha’s Table, the Susan G. Komen Breast Cancer Foundation, and other community based non-profits.

Jean Komendera has over 35 years of high-level account management, strategic planning, and creative direction experience with international and regional advertising agencies. She founded Gold Dog Communications in 1998 on the premise that excellent work results from the perfect balance of strategy and creativity. As President of Gold Dog, the company has produced award-winning work with leading corporations and organizations across a broad spectrum of industries. Committed to her community, Jean has orchestrated pro bono campaigns for the Northern Virginia Therapeutic Riding Program, The Fairfax Symphony Orchestra, The Leaderboard Foundation, Animal Welfare League of Arlington, and the Washington Humane Society. In addition, she served on the board of The Fairfax Symphony Orchestra and was active in the Business Volunteer for the Arts program.

Dan O’Neill most recently served as the Regional President for the Virginia East Region of Truist Bank. A 30 year veteran, through the merger of BB&T and SunTrust to form Truist, O’Neill has worked in various roles such as Division President of SunTrust MidAtlantic, Head of Wholesale Risk Management and positions in Corporate and Investment Banking and Commercial Banking.

Michael C. Rogers is the Managing Partner of Michael C. Rogers Consulting, LLC, a strategic advisory and government relations firm serving businesses and nonprofits. Having served as chair of Leadership Greater Washington, The Council for Court Excellence, The Council for Community and Justice (NCCJ), and on the Board of Directors of DC Apple Seed, National Capital Red Cross, The National Capital Area Chapter of the American Heart Association and the Nonprofit Roundtable, Michael Rogers is an expert in board governance.

For the past 20 years, Mike Ryan has been a member of the faculty at Georgetown University. He has taught more than 2,000 students as an adjunct professor in both the McDonough School of Business and the College of Arts & Sciences. He is currently the Chief Financial Officer of Equity Group Holdings, the investment vehicle of Steven and Mitchell Rales. Mr. Ryan has worked as a certified public accountant, an officer and director of non-profit organizations, and as the director of the SEED Foundation.

Jay Adams is President and CEO of Bowman Companies in Fredericksburg, VA, a former distillery, now a real estate holding company. After attending military school and entering military intelligence, Jay served as a Captain in the U.S. Army Intelligence at an agency in Warrenton for two years of active duty. Jay’s professional affiliations include serving as current President and CEO of NF Adams and Sons, LLC, Director of the Universal Corporation in Richmond, VA, Chairman of the Fauquier Bank in Warrenton, VA, and Trustee of the Glass-Glen Burnie Foundation.

Ginger Laytham is the Vice President of Carleton Holdings, a real estate holding company. An active member of the greater Washington community for over forty years, she is a supporter of the arts, education, and public welfare. Through her former role as a senior officer with Clyde’s Restaurant Group, Ginger has been involved with transportation, safety, and business development initiatives and continues to serve on several boards and committees throughout the area.

Christina Silberman is an attorney and community volunteer. She previously practiced law at Sulloway, Hollis & Soden in Concord, NH, and at Sullivan & Cromwell in New York, NY. Over the past 20 years she has chaired and served on committees for numerous nonprofits in the DC area, with a focus on education, the arts, and child welfare. She has volunteered with the Wounded Warriors Project, the Red Cross, and currently serves as a pro bono attorney with the DC Volunteer Lawyers Project. She is a graduate of Dartmouth College and George Washington University Law School.

Tony Williams, the former Mayor of Washington, D.C. (1999-2007), is the current Chief Executive Officer of the Federal City Council, an organization focusing the creative and administrative talents of Washington’s business and professional leaders on major problems and opportunities facing the District.

He is widely credited with leading the comeback of Washington D.C. during his two terms as Mayor, restoring the finances of our nation’s capital, and improving the performance of government agencies, all while lowering taxes and investing in infrastructure and human services.

In addition to his duties with the Federal City Council, Mayor Williams is a Senior Advisor to King and Spaulding, LLC. He serves on several company boards as well as the boards of Urban Institute and the National Geographic Society.

Prior to Federal City Council, he led the Global Government Practice at the Corporate Executive Board in Arlington, Virginia. He also taught public finance and urban leadership as the William H. Bloomberg Lecturer in Public Management at Harvard’s John F. Kennedy School of Government while coordinating programs for the Municipal Innovation Program at the Ash Center for Democratic Governance and Innovation.

Before his election as Mayor, he was the independent Chief Financial Officer of the District from 1995 to 1998, working with and on behalf of local officials, the D.C. Financial Control Board, and the U.S. Congress. Before his service in local Washington, Tony worked in a variety of positions in federal, state, and local government, including as the first CFO for the U.S. Department of Agriculture, appointed by President Bill Clinton and confirmed by the U.S. Senate.

Daryn Dodson is a passionate advocate of social and economic justice, especially for disadvantaged and marginalized groups. His work with impact investors, private equity funds, Fortune 100 companies, universities and foundations has been viewed through the lens of addressing the world’s most pressing social and environmental problems.

Daryn is the Founder and Managing Director of Illumen Capital, an impact fund of funds that seeks to increase gender and racial equity within the financial markets. Illumen Capital invests in the top growth, private equity and venture impact funds, and then provides coaching and tools to fund managers designed to reduce implicit bias. Daryn previously led the Special Equities Program as a consultant to the Board of the Calvert Funds, a $15 billion pioneer of the impact investing field. Through this vehicle, Calvert maintains a portfolio of more than 40 funds on five continents, representing over 350 underlying portfolio companies. Prior to serving as a consultant to Calvert, Daryn served as Director of University and Corporate Partnership for the Idea Village, where he created a platform engaging leading private equity firms, business schools, and Fortune 500 companies to invest over 100,000 hours and $2 million into more than 1,000 New Orleans entrepreneurs post-Hurricane Katrina.

Mr. Dodson is the co-author of published research that examines the influence of race in financial judgements of asset allocators, and currently serves on the Board of Directors for Ben and Jerry’s, and on the CFA Institute’s Future of Finance Advisory Council. He earned his M.B.A. from Stanford, where he serves on the Dean’s Management Board, and his A.B. from Duke University.